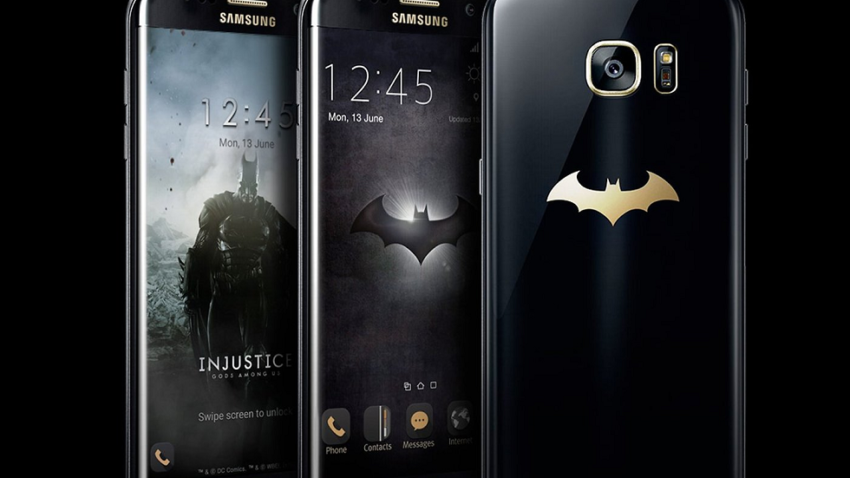 Samsung does it again! They recently released a batman themed edition of the Samsung Galaxy S7 Edge.  This release was timed perfectly together with the recent successful launch of the Batman versus Superman: Dawn of Justice film.  Such a superb marketing move by the Korean company will surely garner more support for avid fans of the Batman franchise.  The said company can be recalled to have released a similar product last year which was an Iron Man themed unit of Samsung Galaxy S6 Edge which was a limited edition and was only distributed in Hong Kong, China and Korea.

This product was created in cooperation with Warner Brothers Interactive Entertainment and DC Entertainment set to celebrate the third year of the Android game application Injustice: Gods Among Us.  The said game was a worldwide hit which allows players to handle featured characters such as superman, wonder woman, the joker and other famous personalities of the DC Universe. This particular set was designed to completely engage users in the game especially with its add on virtual reality devices and features that we shall discuss shortly.

The Samsung Galaxy S7 Edge: Injustice edition comes in a deep black box that is marked with a bat symbol and the logo of Samsung on the top part.  Upon opening and seeing the unit, one can see that the phone itself is set on a black and gold color scheme, just like batman’s suit.  On its back is a bat sign printed in golden hue and the back camera are also line with gold edgings as well.

The set comes with a phone casing that resembles the bat suit in the movie padded and bulky which gives the uses a feel of the protection it affords Bruce Wayne when he dons the mask of his alter ego.  A golden throwing batarang comes also into boot that somehow encourages the users that they too can fight crime, the batman way by playing with the game, appealing more to those with collector mindsets in the market and will surely give them a run for their cash.

In view of improving the entertainment experience of the users, the set includes a Game VR that further immerses the user to the game environment of Injustice: Gods Among Us. Together with the Game VR comes game credits as well as Occulus VR credits that are all designed to make users jump in anticipation of this action packed Android application. The unit also comes with the already installed version of the game itself and other batman themes inside.

This Samsung Galaxy S7 Edge: Injustice edition is similar to other phones of the same Galaxy S7 class seen in the market only that its gaming performance are maximized to further immerse users into the game.  The phone specifications include a screen size of 5.5 inches, a 12 megapixel rear camera and 5 megapixel front camera.  The memory can be expanded up to 200 Megabytes, which is awesome by itself if you ask me.  The processor is either a Qualcomm Snapdragon 820 (US) or the Exynos 8890 (International), and has a RAM of 4 Gigabytes.  It is also water resistant for up to 5 feet for a period of 30 minutes max and has a battery capacity of 300 mAh with wireless charging capabilities.

Compared to the Iron Man themed edition, Samsung hinted that this limited edition is not as limited as the company has plans to release them in more markets later on after its initial distribution in regions such as China, Singapore, Korea and Latin America.  According to Samsung, they look to offering the phone set in other geographical regions such as the United States, Australia and Europe but that is still a pending plan following its release on June 13, 2016.  Unit prices are still not fixed but with the gears included in the box, it would probably a little bit higher than your standard issue Samsung Galaxy S7 commonly found in the market.

Samsung’s Executive Vice President of Global Marketing for IT and Mobile, Younghee Lee stated that this release was a testament to Samsung’s commitment to the Injustice: Gods Among Us users and an effort to provide a superb and highly satisfying mobile gaming experience to their consumers.  With that, this edition will surely cause some people to lose some sleeping hours in the process. 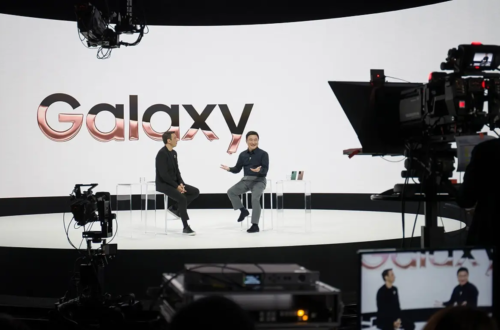